Paris, 12 November 2021 – As part of its 50th anniversary celebrations, Galerie de la Présidence presents, from 22 November 2021, the exhibition ‘Marquet: Paris, mon amour’, an ensemble of Parisian cityscapes by Albert Marquet, created during the French painter’s Fauvist period. These canvases are of exceptional quality and complement his representations of the French capital in the Morozov collection, which is currently exhibited at the Fondation Louis Vuitton. 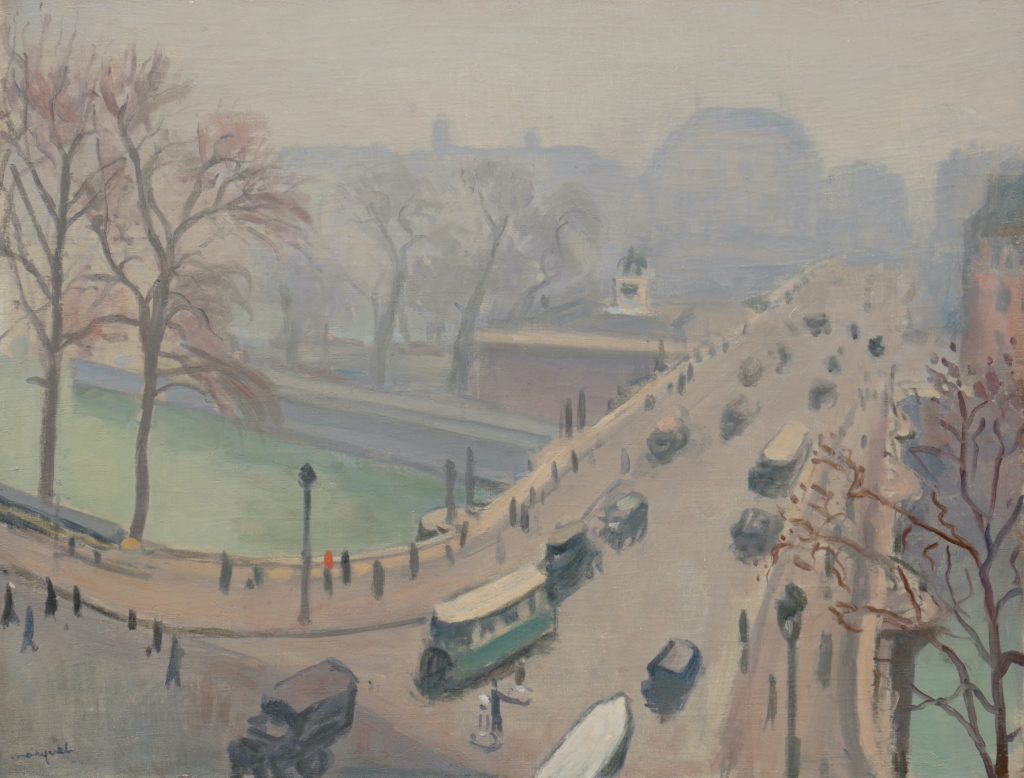 From 1890 to 1947, the French capital was the centre of Albert Marquet’s world. He painted the banks of the Seine, his favourite subject, from the windows of his various flats. In 1905 he concentrated on the Quai des Grands Augustins, which he overlooked from his window, and then in 1906 on the Quai du Louvre. About this period, Marquet mentioned: “From 1898, we, Matisse and I, worked in what we would later call the Fauvist manner. The Salons des Indépendants, where I believe we were the only two painters to express ourselves in pure tones, date from 1901.” 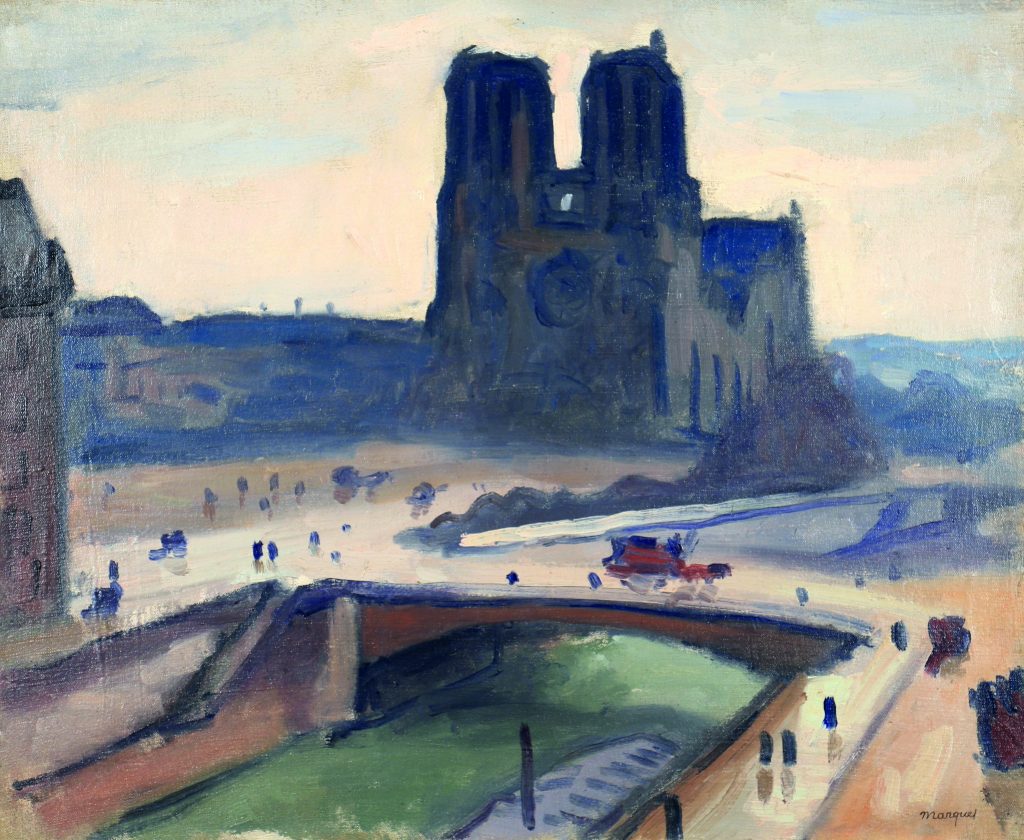 In 1906, Marquet abandoned the strong colours of Fauvism to preserve only the purity of the brushstroke. He lightened his palette with subdued tones, shades from black to white, brown to ochre. He adopted innovative positions, unusual perspectives, with dizzying diagonal views of the banks of the Seine. At the same time, he sprinkled “his” quaysides with small characters, whom he sketched with a precise line, with a passion that betrayed the freedom of his brush. In 1908, Marquet settled on the Quai Saint-Michel in the studio that Matisse, his lifelong friend, had just left. These two exceptional artists, closely linked throughout their lives, valued each other, each retaining his own personality.

Later, he continued to live happily on the banks of the Seine, in a flat on Rue Dauphine overlooking Pont Neuf. With a modern eye, with a minimalism of means and an extraordinary power of simplification, Marquet created his own Paris and expressed all his love for it.