What do we associate with Pablo Picasso? And what associations with him did the German people have in mind during the post-war years, when he was at the height of his fame? Far more than we do: This is the main idea of the exhibition, which reveals a forgotten breadth, tension, and productivity of these appropriations. It deals not only with the artist, but with his audience, which interpreted Picasso’s art in very different ways in the capitalist West and in the socialist East. The German Picasso was divided, but this division also stimulated the reception: Because everyone questioned his art, it had something to say for everyone. 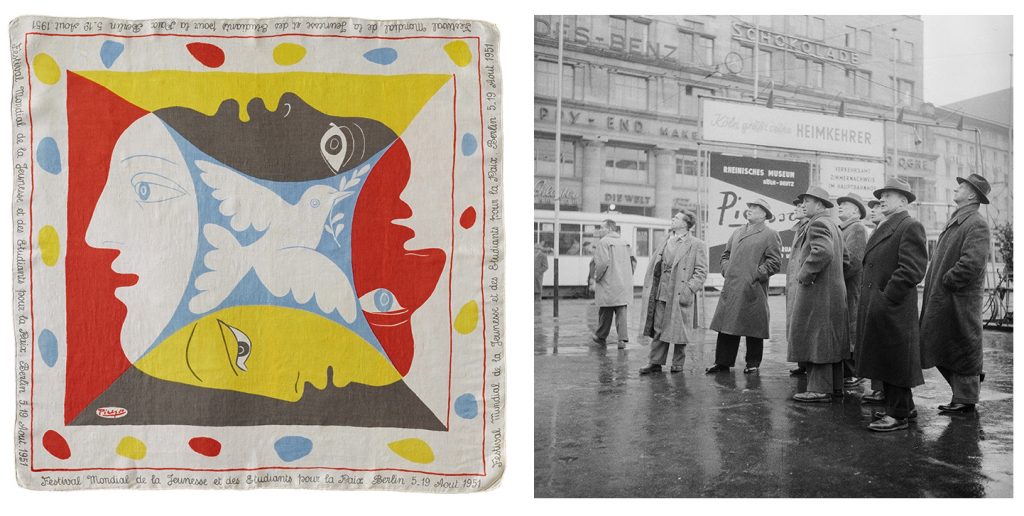 The exhibition features political works, such as the painting Massacre in Korea (1951) from the Musée Picasso in Paris. These are shown alongside some 150 exhibits that reflect the impact of Picasso’s work: exhibition views, posters, catalogues, press reports, letters, files, films, and television reports, as well as a theater curtain from the Berliner Ensemble on which Bertolt Brecht had “the peace dove militant of my brother Picasso” painted.

Picasso served as a figurehead and symbol for both systems and in both German states. He was a member of the French Communist Party and supported struggles for liberation as well as peace conferences. But he lived in the West and allowed bourgeois critics to conventionalize him as an apolitical genius, “the mystery of Picasso.” Which works were shown under socialism, and which under capitalism? How was his work conveyed? Did the West see only the art, and the East his politics? And how did the artist view things himself? Picasso, Shared and Divided examines the image that people took from Picasso’s pictures in the two Germanys. One focus is Peter and Irene Ludwig’s Picasso collection, which remains one of the largest to this day. When the Ludwigs made parts of it available to the GDR, they increased the number of works on view there by several times. 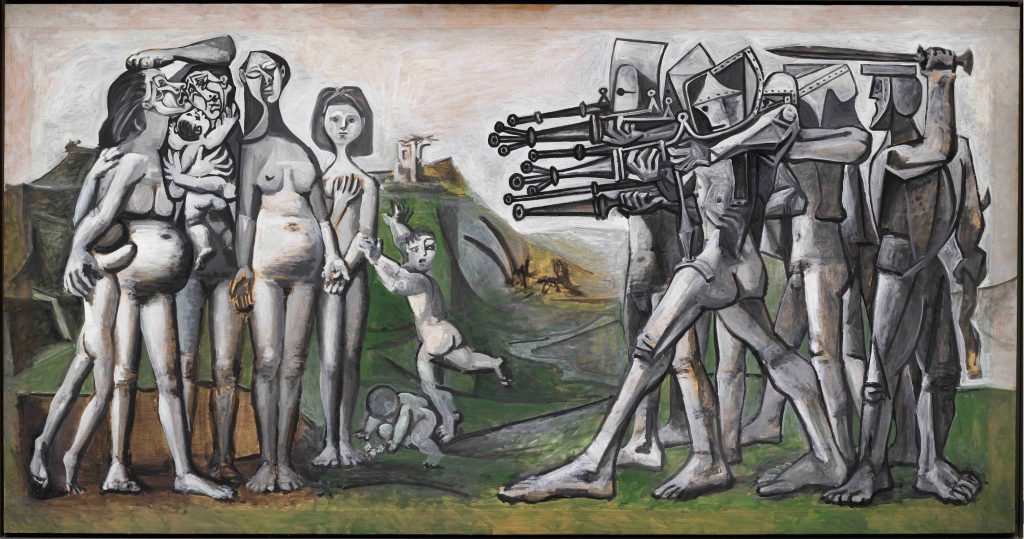 Two new works were commissioned for the exhibition. The exhibition architecture designed by the artist Eran Schaerf links the exhibits without hierarchically structuring artworks and their social use. Wooden installations, diagonal partitions, and the bare museum walls convey the impression of a deliberate incompleteness. Individual exhibits remain embedded in their context, and the way in which we appropriate them remains evident. Peter Nestler’s film Picasso in Vallauris was shot in January 2020 to bring Picasso’s mural War and Peace into the exhibition. The film focuses on Picasso’s production as well as his relationships and political connections, and it looks at the people who live in Vallauris today against this background.

The exhibition received substantial funding from the Peter and Irene Ludwig Foundation, the Kunststiftung NRW, the Ministry of Culture and Science of the State of North Rhine-Westphalia, and the Kulturstiftung der Länder. Additional generous support came from the Freunde des Wallraf-Richartz-Museum und des Museum Ludwig e.V., the REWE Group, and the Berner Group.

PICASSO, SHARED AND DIVIDED. The Artist and His Image in East and West Germany
Museum Ludwig – Cologne, from September 25, 2021 – January 30, 2022
#MLxPicasso // @MuseumLudwig // www.museum-ludwig.de 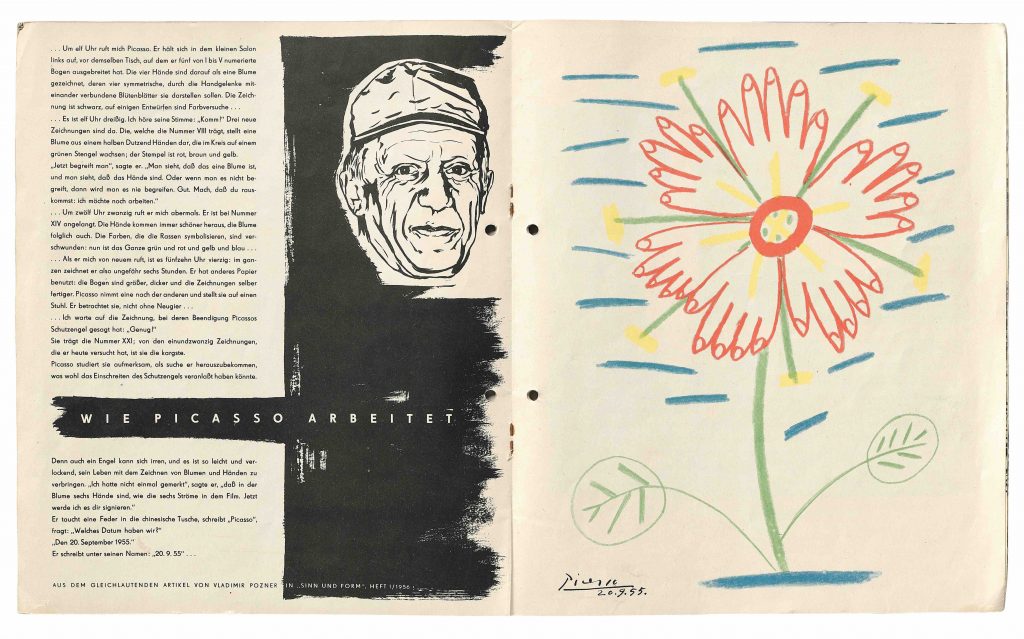